The anti-Muslim hate in India is getting unbearable

On The Alleged Plot to Kidnap Michigan Gov. Gretchen Whitmer

By Dr. Yasir Qadhi @YasirQadhi, who wrote the following on Apr 9, 2022

1/ Sorry to interrupt your Ramaḍān worship, but this is an important news article that all of us need to be aware of. It involves the alleged plot to kidnap Michigan Gov. Gretchen Whitmer.
Why is this relevant now you ask? Read on… 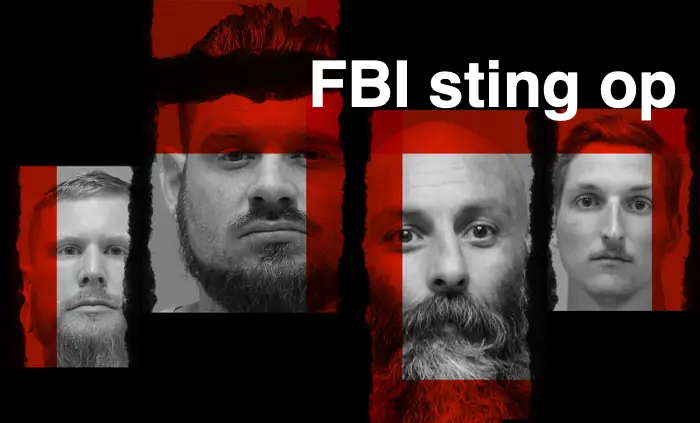 2/ Two years ago, the FBI made a huge brouhaha about how they had uncovered and stopped a plot to kidnap Governor Whitmer – some Far Right militia group had been talking trash about the governor, and the FBI intercepted their conversations, then managed to infiltrate the group.

3/ Slowly, the FBI goaded these militiamen and enticed them, giving them ideas and providing them with the accessories to commit a crime, before arresting them and claiming that they had prevented an evil terrorist plot. Today, in a stunning twist, the jury ruled them innocent…

4/ The jury said that it was clear that these men were not capable of doing an actual offense had it not been for the FBI ensnaring them, and that it was all talk and no action. The court claimed the First Amendment protected their right to speak of acts of violence.

5/ A journalist writes: "The FBI has been doing [this] … to Muslim groups in the wake of 9/11. But because the targets in this case were conservative white men, those tactics touched a nerve with a swath of the population that had never seriously considered the issue before."

6/ Basically, for the first time, the tactics of the FBI backfired and the jury was able to differentiate a real terrorist from those propped up and created by the FBI. Sadly, this won’t change the verdict for hundreds of innocent Muslims in jail now.

7/ But we hope this verdict causes the @FBI to stop creating its own terrorists, of any persuasion, and get to the job of protecting us from bona fide criminals and terrorists.

More in this article:
– A Stunning Surprise In The Michigan Kidnapping Case Calls The Government’s Domestic Terror Strategy Into Question
”But the most striking thing about the closely watched 15-day trial might be what the jury never got to see.”
/END.