This is their way of operating – eliminating, killing the other! Remember blowing up King David Hotel in Jerusalem by the Zionist terrorist organization ’Irgun’ (leader Menachem Begin, who later became Israel’s prime minister)*,  when more than 90 people were killed, including Brits, Arabs, and Jews.

Two years later, in the context of the Nakba, the Irgun terrorists committed the Deir Yassin Massacre, on April 9th, 1948, just a month before the state of Israel was proclaimed. This massacre was it was intended to send a shockwave of terror over Palestinian towns and villages to force them to flee from their homeland.
Similar satanic tactics: Shortlink Kafr Qasem

The Irgun Zvai Leumi: From Terrorists to Politicians

2. Motivation for the Bombing

The Irgun committed the attack in response to Operation Agatha, when British troops had searched the Jewish Agency and confiscated large quantities of documents directly implicating the Haganah in the Zionist (not: Jewish) insurgency against Britain. The intelligence information was taken to the King David Hotel, where it was initially kept. In order to destroy the incriminating documentation, the Irgun, therefore, determined to destroy that wing of the hotel.

NB:
Compare this with the Enron and other incriminating documents which were kept in the WTC7 building on 911! Shortlink wtc7p
(…)

Two years after the hotel bombing, Folke Bernadotte was killed on September 17, 1948, by another Zionist terror organization from Israel (Stern Gang), while working on a UN peace plan in the area.

Folke Bernadotte had, at the end of the Second World War, successfully negotiated with the Nazi regime in Germany to secure the release of thousands of concentration camp prisoners who were transported to Sweden.
Later he accepted to undertake the mission of acting as the UN’s mediator in the Zionist/ Israel-Palestinian violent ‘conflict’, otherwise called the Nakba, when about 700 000 Palestinians were violently evicted from their homes.

His effort as a mediator for the UN started well. Only two weeks after he took on the mission a month-long truce was declared on June 11, 1948. This was less than four weeks after the new-fangled state of Israel was founded.

Protected by the truce Folke Bernadotte proceeded to formulate a proposal for a more sustainable solution to the conflict, and drafted a roadmap to peace.

On September 17, 1948 he was killed by criminals of the Stern Gang, a Zionist/ (Not Jewish!) terror organization from Israel, who were imprisoned for a short while but no one was convicted for the murder. In May 1949 the Israel government stated in a report to the UN that no individuals had been tied to the crime even though indicators pointed clearly at the Stern Gang.
.adapted from History of Folke Bernadotte | Folke Bernadotte Academy

4. Motivation for the Murder of Folke Bernadotte

A peace, meaning a ”more sustainable solution to the conflict”, which would garantee a somewhat balanced situation between original inhabitants of the land, the Palestinians, and the newly arrived Zionist (not Jewish!) settlers was unacceptable for the latter. To remember: the Zionist declared aim was from the start to have the land for themselves, no-one else, not Arabs, not Palestinians, not for Muslims. Proof of this can be seen in our days (2021), when the colonialist settler regime has declared itself as a "Jewish state", which is an Apartheid state without any mask.

NB: Zionism and Judaism are not the same, the first is a satanic inversion of the second, see links no.2.
A Jew is someone who follows the religion and laws of Judaism. So for example G-d (God) has forbidden the Jews to steal from others, to take away their land, their water, and to oppress people in other ways.

2.All Pages on Palestine/ Zionism
Zionism Has Nothing to Do with Judaism, Rabbi Yaakov Shapiro
The Truth about Judaism and Zionism 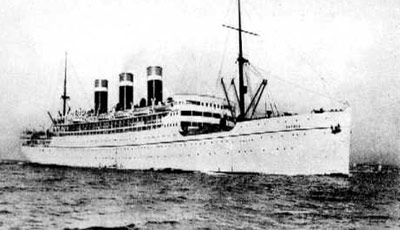 In 1940 the Zionist underground Haganah in coordination with the Irgun smuggled a huge bomb on the SS Patria. The ship had the last of 1,800 Jewish refugees from Nazi Germany destined for Mauritius where facilities existed to provide a safe haven for the refugees. They exploded it. Zionists killed Jews!
– 24 November

Lest we forget Jacob Israël de Haan, a Dutch literary writer, who was assassinated in Jerusalem in 1924 by the Zionist paramilitary organization Haganah for his anti-Zionist political activities.
Jewishness hardly protects anti-Zionists. @nookyelur

Malice is one of the essential components of Zionism.
– From Jew to Israeli – In Quest of the “Other” | Torah Jews

A host of the recent bomb threats made on Jewish community centers throughout the United States, Canada, Australia and New Zealand actually came from a 19 year-old in Ashkelon, Israel. (The FBI came to Israel, and what might have compelled him to do it?)
– Israel’s Anti-Semitism | Torah Jews