Why are Muslim politicians silent and complicit in China’s Uyghur crimes?

Numbers on the War of Terror

Shortly after the attacks of Sep. 11, 2001, Bush and his government (shown below) declared what they called called ‘the war on terror‘. As it was feared and and as it turned out it was a the war of terror.

Quoted:
The numbers are staggering. These statistics, nameless and faceless, attempt to quantify the costs of two decades of wars and interventions initiated by the United States after [ □ comment: after the alledged and by now refuted] al Qaeda’s stunning act of mass murder on Sept. 11, 2001.
Statistics from watson.brown.edu
Shortlink No Coincidence – NB: Sept. 11, 2001 was an inside job! 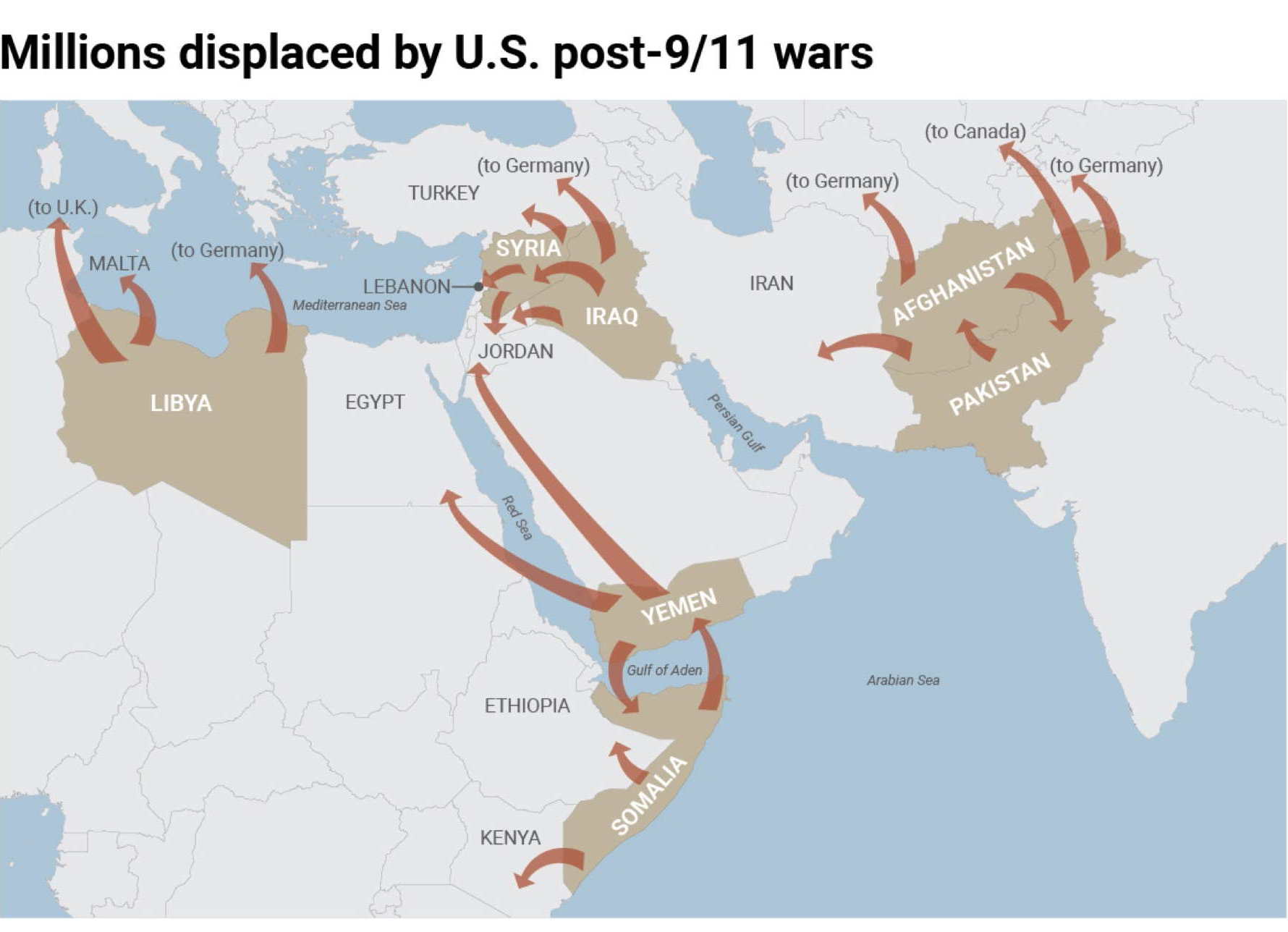 The number of people killed directly in the violence of the wars in Afghanistan, Pakistan, Iraq, Syria, Yemen and elsewhere are approximated here. Several times as many civilians have died due to the reverberating effects of these wars. 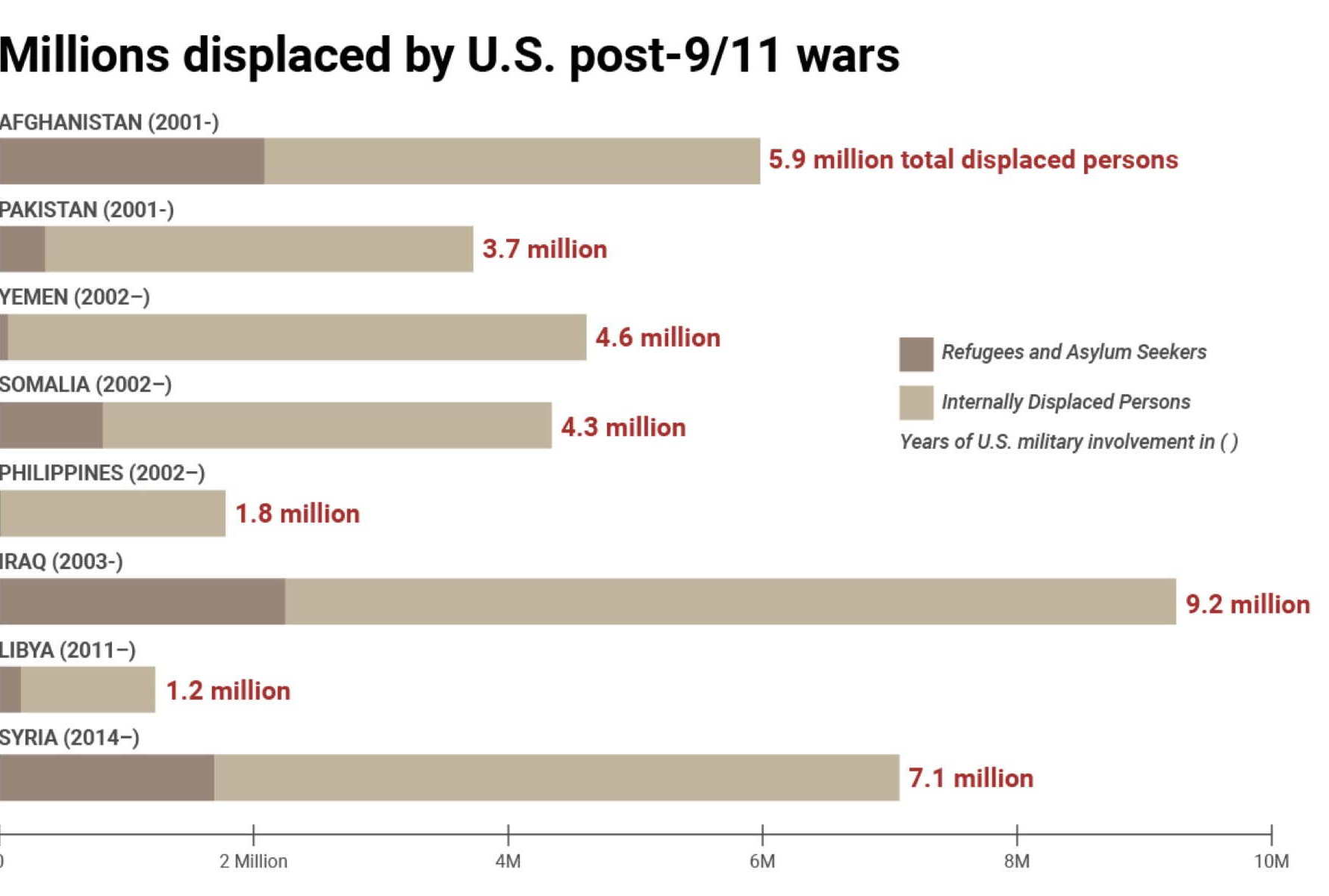 38 million people have been displaced by the post-9/11 wars in Afghanstan, Pakistan, Iraq, Syria, Libya, Yemen, Somalia and the Philippines.

The vast economic impact of the post-9/11 wars in Afghanistan, Pakistan, Iraq, Syria, and elsewhere is poorly understood by the U.S. public and policymakers. This paper estimates the budgetary costs of war, including past expenditures and future obligations to care for veterans of these wars.

From 2018 to 2020, the U.S. government undertook what it labeled “counterterrorism” activities in at least 85 countries, in an outgrowth of President George W. Bush’s “Global War on Terror.” This map displays air/drone strikes, on-the-ground combat, “Section 127e” programs, military exercises, and operations to train and/or assist foreign forces.

3. The cost of the war of terror

The wars in Iraq, Afghanistan, and the Global War on Terror will cost us $6.5 trillion in interest payments alone through to 2050. These wars are also called the ”Credit Card Wars”.

Below 1 day after the attacks on New York and Pentagon, sep. 12, 2001:
Some of those war criminals responsible for the wars of terror

– From the War on Terror to the Covid Scare

6. More on the cost and meddling of the US empire