Why Intelligent Design is the most plausible scientific theory?

The Reform of the Modern Mentality

The Reform of the Modern Mentality

MODERN civilization appears in history as a veritable anomaly; of all those we know about, our own is the only one which has developed in a purely material sense, and is also the only one which is not supported by any principle of a higher order.

This material development which has been pursued for several centuries now, and at an ever accelerating pace, has been accompanied by an intellectual regression which this same material progress is quite unable to neutralize. It is of course a genuine and true intellectuality which is in question here, which could also be called spirituality; for we refuse to give the name intellectuality to what is currently so called today, namely, the cultivation of the experimental sciences in view of the practical applications to which these sciences lend themselves… 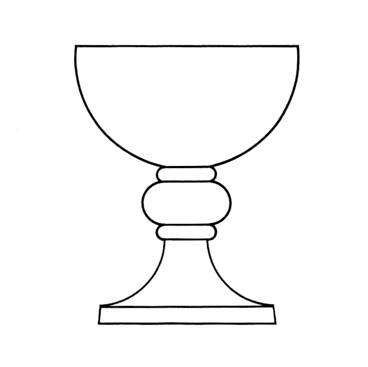 This decay has not come about all at once; one can follow its stages throughout modern philosophy. It is the loss or the forgetting of genuine intellectuality which has made possible two errors, apparently in opposition but in reality correlative and complementary: rationalism and sentimentalism. Once all purely intellectual knowledge had come to be denied or ignored as it has been since Descartes, the end was logically bound to be in positivism and agnosticism together with all manner of ‘scientistic” aberrations…

On the other hand, religion for most people is only an affair of sentiment, without any intellectual import. Religion is confused with a vague religiosity, or is reduced to a morality. The function of doctrine is diminished as much as possible, despite the fact that it is the essential from which everything else ought to be but a logical consequence. In this respect Protestantism, which is on its way to becoming no more than a ‘moralism’ pure and simple, is very representative of the tendencies of the modern mind…

We think that what is important above all else is precisely the restoration of true intellectuality and with it the sense of doctrine and of tradition. It is high time to show that religion is something other than a matter of sentimental devotion, something other than mere moral precepts, or the consolations available to souls weakened by suffering, and that one can find in it that ‘solid nourishment’ of which St Paul speaks in the Epistle to the Hebrews.

□ comment: Or that one can find in the unchanging religion of true monotheism (Islam):
A ‘banquet’ and a ‘joy’ which (according to Fakhr al-Dīn al-Rāzī) represents above all the descent of spiritual blessings and nourishment actualized by the Holy Quran.
See Sura 5-112--114

– René Guénon – Shaykh `Abd Al Wahid Yahya
– The Transcendent or the Pure Intellect
– Metaphysics and the Intellect – Living Islam – Islamic Tradition
– What Is Religion and Why Doesn’t It Matter to Me?

[fn1] In the posthumous anthology “Fundamental Symbols”. In the Sophia Perennis edition it appears as chapter 2.
https://tinyurl.com/435dej8w (Symbols of Sacred Science – Fundamental Symbols – The universal language of sacred science. 1926)