Ending the Debate on Ayesha’s Age

What took Amnesty International so long to report on Apartheid?

It was preceded by the just as monumental publication of Prof Tilley & Falk’s phenomenal UN ESCWA report.

All the rest is fluff.

What took @Amnesty so long until it stopped parroting the libzionist propaganda, choosing eventually to speak up about the oh-so-clear reality of 7 decades (and counting) of Zionist crimes against humanity?

The answer is simple. It is the very existence and activity of the following organizations, which you lend legitimacy to. All of these are geared towards promoting the libzionist propaganda and diverting attention from the actual #apartheid nature of the Zionist race-state. 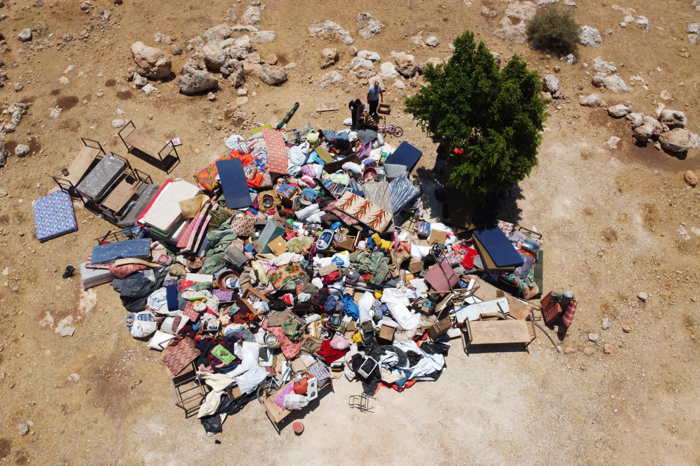 Belongings of a Palestinian family house are scattered on the ground after their house was demolished.

It should be mentioned that both Btselem and YeshDin/MichaelSfard published abominable reports on Israeli #apartheid which say the exact opposite of the @Amnesty report. But many of you were happy to spread their lies.

THIS is how the truth about the #apartheid nature of the Zionist state was kept in the dark for so many decades. Not thanks to Netanyahu nor Bennett, but thanks to the above orgs and many many like them.

I truly hope that this is the beginning of a new era as far as our discourse about #Palestine, aka #Israel, is concerned.

Finally, to anyone who thinks that targeting libzionist orgs is a form of "personal vendetta" allow me to note: these orgs act as the gatekeepers for any allowed discussion on the topic, they are all in positions of power as far as media outreach goes, but finally and most importantly – they and only they are the ones who lend global legitimacy to "Israeli democracy" though it practices #apartheid for its entire existence.

Abolishing #apartheid in the Zionist race-state would necessarily mean equality and return.

EQUAL RIGHTS throughout the land FOR ALL 20 million sons and daughters of this land.

– You can download it here 5 languages, but not German – why not?
– Why is Amnesty Germany staying silent on the apartheid report?

– Download the report here 5 languages, but not German – why not?
– Overview – amnesty.org/en bit.ly/_strpal
– Decades of Oppression and Domination bit.ly/_amap
– Why is Amnesty Germany staying silent on the apartheid report? – 972mag.com
– Strategy to End the Occupation of Palestine bit.ly/_strpal